The length of the data was a little over a million records. This is less than the actual number of candidates since I did not handle all special cases (like result withheld or unfair means).

The following is the distribution of average of best n subjects (x-axis) against the number of students (y-axis). The y-axis is cut off at the peak of the distribution for scaling it properly. 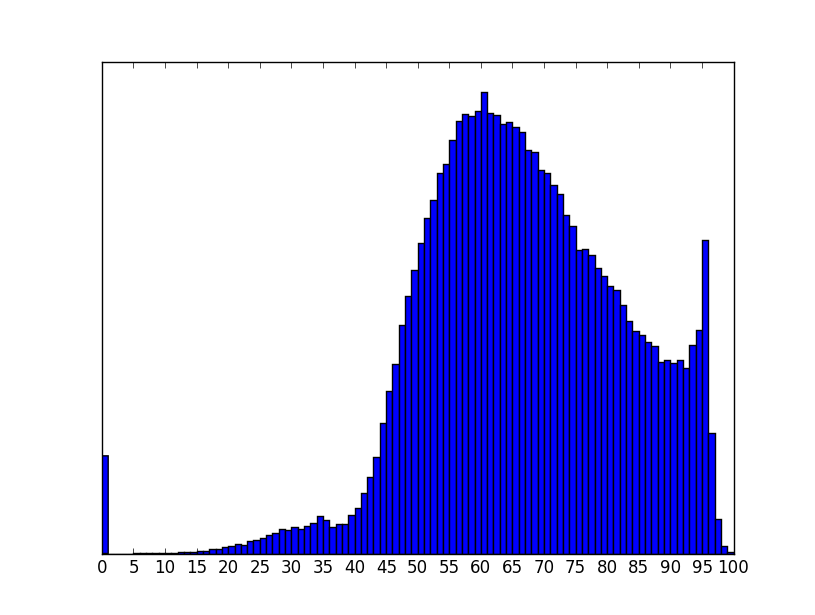 It's interesting to note how there is a spike at 95 and a small peak around 35. This might be explained from the subject graphs.

The following is the distribution of English Core (Subject Code: 301) 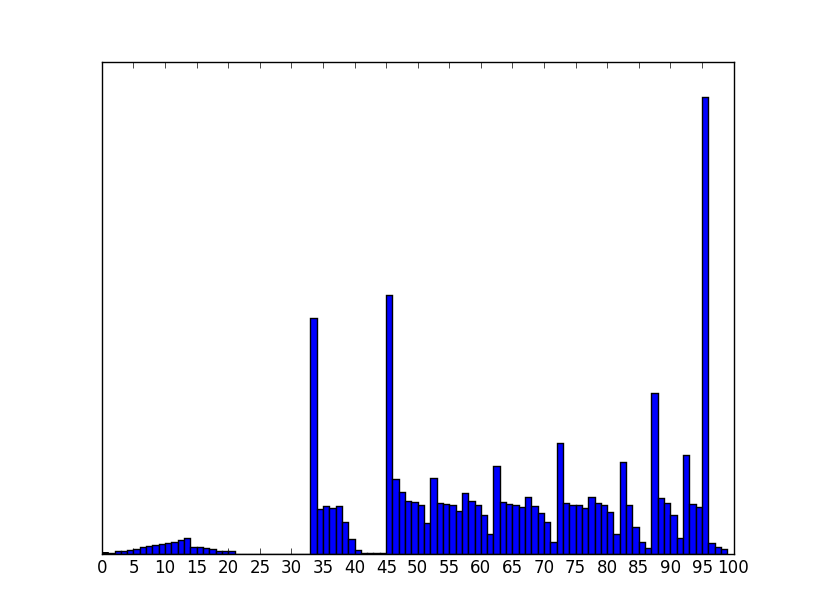 Not a single student scored a 100 and 12% of all candidates received a 95. The peaks in the distribution are indicative of artificial digitization.

The following is the distribution for Mathematics (Subject Code: 041) 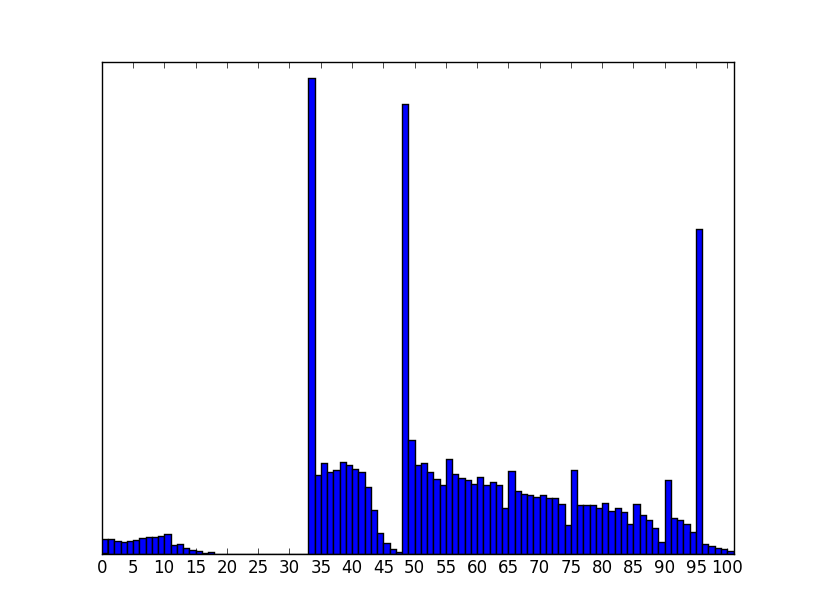 A key feature of this data distribution is that 33 is the passing score. A seemingly empty region from 17 to 33 and a big peak at 34 indicates that the results were artificially manipulated to pass a lot more students.

The rest of the data distributions for all other subjects like Physics, Chemistry, and others can be found at the original Medium Post.

I also ran all the names through Facebook to get gender data. During the time of writing, non-binary data was no available through Facebook, and hence was left out. The overall gender ratio was 50.3% males and 49.7% females. 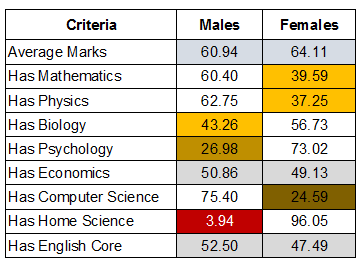 This table shows the various ratios of the subjects males vs females chose. Economics was the most even subject, and Home Science the most skewed.

Disclaimer: There might be mistakes that have crept in after parsing all the data. I've tried my best to be as careful as I can, and I sincerely apologize for any errors.